It was on the morning of 14th November 1916 when S/S Burdigala, a 12.380 GRT displacement steam liner commandeered by the French Navy and converted to a ‘Croiseur Auxiliaire’, heading from Salonika towards Toulouse, while passing through the Kea Channel, sunk from a mine [designated as minefield No 33] laid in the Kea Channel by the German submarine U 73. She was heading south with just the 450 strong crew sailing from Thessaloniki and heading to Toulon for loading another 2,000 troops of Zouaves as re-enforcements to the Entente’s massive Gallipoli Campaign, which during the one year that it was fought would cost more than 250,000 lives from both warring sides. It was exactly one week before the HMHS Britannic was sunk.

Likewise it was on the morning of 21st November 1916 when Titanic’s sister-ship the commandeered by the British Admiralty great liner-converted to hospital ship, HMHS Britannic with a displacement of 48.158 GRT [the largest ocean liner of the time] sinks after hitting a mine, laid in the Kea Channel by the same German submarine U 73. Britannic was heading north towards the port of Moudros with just her crew, medical officers and nurses of about 1,200 souls. At Moudros she was going to take on wounded British soldiers ca. 2,000 to 2,500 souls. The detailed account of her sinking is logged here: http://hmhsbritannic.weebly.com/sinking.html

It was during  the August of 2015 that the Friends of Kea Society-SFK organized an event in Kea island titled “The Shipwrecks of Kea” that the idea of organizing a proper “Centennial Celebration” during 2016 to commemorate the two shipwrecks was first discussed. Hence the ball got rolling and the Municipality of Kea together with SFK are co-organizing this event titled “100 Years from the Sinking’s of S/S BURDIGALA & HMHS BRITANNIC”, in Kea Island, Cyclades, Greece, to be held between Friday September 30th and Sunday October 2nd 2016.

The Centennial Celebration aims to:

A note worthy of your attention:

The Conference will take place at the new premises of the Kea Events. As a side attraction, a paintings/photo/video Gallery and Memorabilia Exhibition will be set-up, along with appropriate booth spaces for our Sponsors.

2 thoughts on “100 Years of Burdigala & Britannic”

HMHS Britannic at the time of sinking

Burdigala as a Paquebot 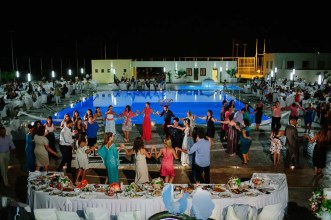 The three protagonists in model scale; note the difference of size of each vessel 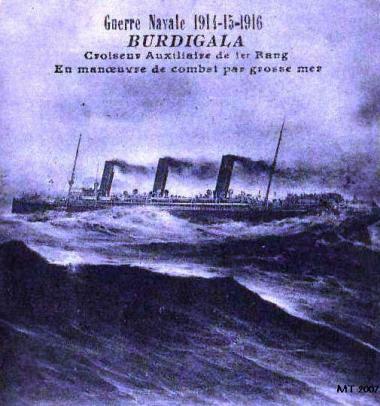 Burdigala as an Auxiliary Cruiser in heavy seas